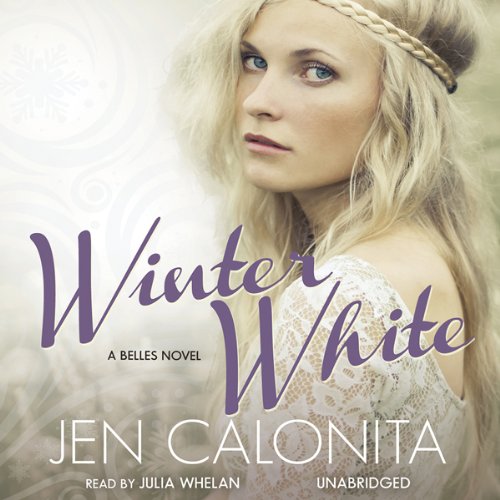 Isabelle Scott and Mirabelle Monroe are still reeling from the revelation that they share more than just the roof over their heads. The media has pounced on their story and the girls are caught up in a flurry of talk-show appearances and newspaper interviews. They’ve put on a happy public face, but someone is leaking their true feelings to the press. While it seems like the world is watching their every move, at least they have each other.

But with cotillion season right around the corner, Izzie and Mira have barely had time to process their newfound sisterhood. Mira has always dreamed of making her debut in a gorgeous white gown - now if only she could find an escort. Izzie, meanwhile, is still struggling to find her place in Emerald Cove, and it’s seeming ever more impossible with EC mean-girls, young and old, doing their best to keep her down. As cotillion preparations heat up, though, there are dance steps to learn, manners to perfect - and secret initiations to complete. As if sophomore year wasn’t hard enough!

It’s time for the gowns to go on and the gloves to come off.

Jen Calonita certainly has the inside scoop on young Hollywood. A former senior entertainment editor at Teen People, she has interviewed everyone from Reese Witherspoon to Zac Efron. An entertainment journalist for the past ten years, she has written for TV Guide, Glamour, and Marie Claire. She lives in New York with her husband Mike, sons Tyler and Dylan, and their Chihuahua, Captain Jack Sparrow.

More of the same, if you like that sort of thing!

Winter White wasn’t bad…it was just more of the same.

It felt a little pointless to me. The Belles are still at odds, and still won’t work together. The family is still in turmoil and still can’t manage to get ahead of the agents working against them. There are still more social events that have to be shopped for and both Belles are still having problems finding that perfect dress.

I’m sure most readers who loved the first and love the rich girl drama genre will continue happily through Winter White and onto the third book.

But I need change, I need progress, I need some character arcs and some plot development.

I won’t be continuing on with the series but, as I said above, there is clearly an audience for this book and I wish them all the best.

Not gonna like. Thought they were the same person until Mr and Mrs Townsend came around. I thought that Izzie and her step-bro were the ones getting together for a really long time. It seemed a little “Flowers in the Attic” but I mean, who am I to judge.
When I got that straightened out, I was able to root for them a little harder 😂😂😂

Really enjoying this series, the story and the characters keeps me interested in seeing what comes next.

Hooray for a series!

Shortly after listening to "Belles" and proclaiming that I would like for it to be the first in a series, I discover that it is! If you enjoyed Belles then I definitely recommend Winter White. Again Julia Whelan does a great job with the narration.

Entertaining read- not as exciting as 1st book

If you’ve listened to books by Jen Calonita before, how does this one compare?

Not as exciting as 1st book in this series