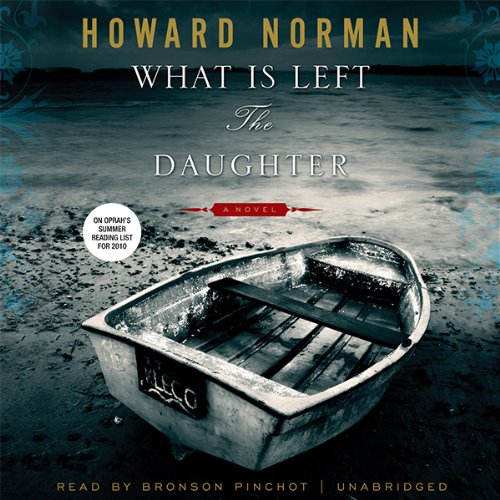 Howard Norman, widely regarded as one of this country’s finest novelists, returns to the mesmerizing fictional terrain of his major books—The Bird Artist, The Museum Guard, and The Haunting of L—in this erotically charged and morally complex story.

Seventeen-year-old Wyatt Hillyer is suddenly orphaned when his parents, within hours of each other, jump off two different bridges—the result of their separate involvements with the same compelling neighbor, a Halifax switchboard operator and aspiring actress. The suicides cause Wyatt to move to small-town Middle Economy to live with his uncle, aunt, and ravishing cousin Tilda.

Setting in motion the novel’s chain of life-altering passions, and the wartime perfidy at its core, is the arrival of German student Hans Mohring, carrying only a satchel. Actual historical incidents—including a German U-boat’s sinking of the Nova Scotia–Newfoundland ferry Caribou, on which Aunt Constance Hillyer might or might not be traveling—lend intense narrative power to Norman’s uncannily layered story.

Wyatt’s account of the astonishing events leading up to his fathering of a beloved daughter spills out 21 years later. It’s a confession that speaks profoundly of the mysteries of human character in wartime and is directed, with both despair and hope, to an audience of one.

An utterly stirring novel, this is Howard Norman at his celebrated best.

“An expertly crafted tale of love during wartime…Norman’s writing is effortless, and his plot is grand in scope but studded with moments of tenderness and intimacy that help crystallize the anxiety and weariness of life on the home front. That Norman is able to achieve so much in 250 pages is a testament to his mastery of the craft.” ( Publishers Weekly)
“[An] intricately beautiful story about love, jealousy, war, prejudice, survival, and a library.” ( Wall Street Journal)
“Norman…scores again with this gripping account of a family ripped apart by obsession and murder…Norman has developed this brave, emotionally reticent man with great delicacy. It is extraordinary that a story which carries such a weight of sorrow is never depressing, but Norman the master craftsman pulls it off.” ( Kirkus)

Cosa pensano gli ascoltatori di What Is Left the Daughter

This novel starts slowly, building to a quiet, yet powerful climax of lives changed forever from a U-Boat's sinking of a local ferry. The author, Howard Noman, creates characters that move with authority in their own lives, and not once did I glimpse any authorial heavy hand in the plotlines--the author is invisible, as it should be.

We'd just been on vacation in that area of Canada, and I could envision all the places in the novel. But Norman's writing is so strong and vivid that a trip to our neighbors to the North is not necessary. I get a sense of the bakery, the living room, the series of hotels, the Halifax harbor as well as the library in this small Canadian town--all the settings well-drawn so the characters move easily in their own space.

I also gained an insight into that time in our collective histories: of how intimately we were all affected by World War II. But in this book, the large national experiences of war and loss reverberate with a sometimes touching, sometimes sad, yet ultimately uplifting intensity. I didn't want that last chapter to end, wanting to stay with the people of this place to see how they fared.

I heartily recommend this!

Bronson Pinchot, the narrator, shows how having a good actor, as opposed to a good reader, can bring much to a novel. He did a fantastic job with this. Great character development, interesting historical backdrop, and a decent plot add up to a good listen. The denouement was a bit overlong, but by then I liked the book so much I didn't care that it was hanging around a bit after it could've wrapped things up.

An emotional novel with the power to surprise

A quiet story about a man trying to live with the circumstances of his life; some he's responsible for and others he's not. The daughter referred to in the title is his own, as the entire narrative is a letter to her, but she's not the only daughter with a less than perfect relationship with her father. Wyatt's story starts when his parents commit suicide by leaping from different bridges within hours of each other. Old enough to live on his own, he instead chooses to live with his aunt and uncle in a remote village in Nova Scotia. There he meets his cousin Tilda and falls in love.

Over the next decades there is a lot of loss, but also moments of satisfaction and serenity for Wyatt. The sled and toboggan business is so quaint and such an acquired skill that I think it's an excellent stand in for Wyatt's temperament. Given that he never really gets the girl, is sent to prison, made so uncomfortable at home that he leaves town and is estranged from his daughter, you'd think that would make for a bitter, angry person. Wyatt is sanguine though; accepting what he's done himself and what happens at the hands of others. Maybe that's what kept this from being a really emotional book for me; that Wyatt seemed so utterly controlled and unaffected. The story was told skillfully and had many surprises so I will seek out more by this author.

I loved this book. I never listen to books twice, but I think I may listen again. Never do I think of the narrator as a narrator - I think of him as a man writing a letter to his daughter. I loved the setting, the time and the characters. Wonderful dialogue that made me giggle out loud. I highly recommend it! (I wish there was a Part II.)

I waited 7 hours for the story to get better and it did, when it ended. Droll as drying paint.

What made the experience of listening to What Is Left the Daughter the most enjoyable?

The consistant personality of the first person narrator.

What was one of the most memorable moments of What Is Left the Daughter?

The surprising action at the uncle's house.

Was a little long at the end.

a little gem of a story

The depressing culture of a small Nova Scotia village is just one more quirky character in this short novel. All are interesting, although some more opaque than others.

Written as a letter from the main character to the daughter he hardly ever knew, it seems also an attempt to make some sense of a life lived mainly as a series of reactions to outside events, beginning with the suicides of his parents from different bridges on the same day and continuing through various other personal losses and disappointments, with a background of WWII activity and the quite interesting history of German U-boat presence in Canadian waters. It's a story of ordinary people, ordinary places but extraordinary events.

My main complaint concerning the writing was the irritating inclusion in the dialogue of so many "I said," "She said," "He saids." Probably the written word wouldn't have struck me so strongly. I felt at least 75% of these could have been edited out.

The narrator does a great job with the male roles but his female voices are awkward and distracting. I do believe this detracted from appreciation of the characters. Otherwise, his demeanor seemed quite appropriate for the character he was portraying.

In the end, the way I evaluate a book is to consider whether or not I was eager to keep reading. Yes, this story drew me in and was worth the time spent.

Bronson Pinchot does a great job with all the voices in the story which is compelling and surprising. I very much enjoyed this book.

Good, but not that memorable

Yes, I liked it, but I doubt if it leaves any lasting impression. I did learn a bit about Canadian German submarine warfare off the coast of Nova Scotia during WW2. This story is a letter of love and explanation from father to daughter. The daughter did not grow up with the father. The family situation is a puzzle that is unraveled so his daughter will better understand. Perfect narration by Bronson Pinchot. It sounds exactly as if the father were reading a letter he has written to his own daughter.