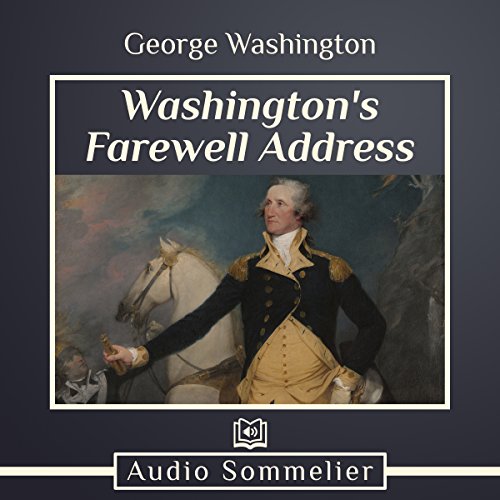 After 20 years in public service, George Washington turned down a third term as president with this memorable farewell address. In it, he implores the American public to be united above all else, putting aside fervor for their political parties and state lines. He also warns against forming long-term partnerships with foreign nations. Originally this was a 32-page document that was read and distributed widely throughout America after its initial publication, and it deserves the same avid listenership today.

The numerous mispronunciations, misread words, and omissions of the written text by this narrator were annoying. However, the original message of the author is highly recommended for your consideration and adoption.