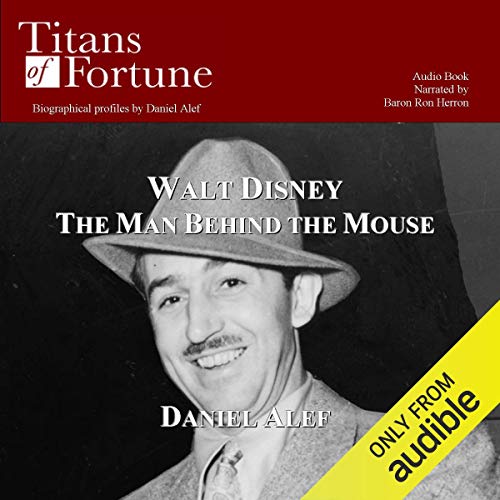 Biographical profile of Walter Elias Disney, the man who built an empire on the back of a mouse. Imbued with an iron-like drive to succeed, Disney pushed, prodded, and pressed those around him, as he did himself, to succeed. He was always on the edge of vision and technology. An unmitigated risk taker, Disney constantly flirted with financial ruin, seemingly bent on a mission to remain in debt while his brother Roy's ambition was to harness Walt's financial excesses. Walt was not the avuncular man he appeared on the screen; he was profane, under the whip of some inner demon, but above all he was an extraordinary success.

Award-winning author and syndicated columnist Daniel Alef, who has written more than 300 biographical profiles of America's greatest tycoons, brings out the story of Disney and his remarkable life of ups, downs, and achievements.