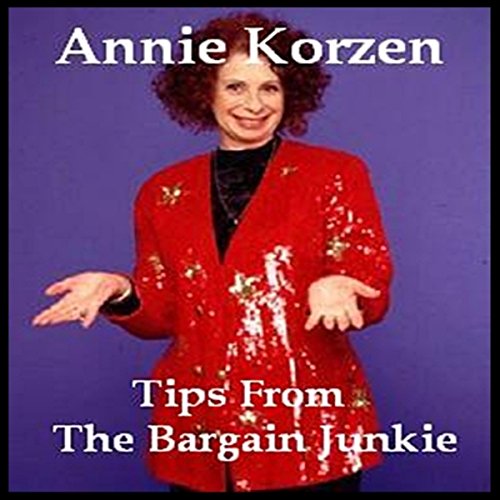 Here are more tips from the fertile - yet frugal - mind of Annie Korzen, actress, comedienne, and author/narrator of the audiobook How to Be a Bargain Junkie. Annie, a thrifty woman with expensive tastes, shares even more of her hilarious tales from the trenches - the garage sales, thrift stores, and online auctions.

Based out of Los Angeles, Annie Korzen began her career as an actress-writer in New York's off-Broadway scene. She is best known for her recurring role as Doris Klompus on Seinfeld. Her solo shows, Yenta Unplugged and The Yenta Cometh, have been performed on three continents.