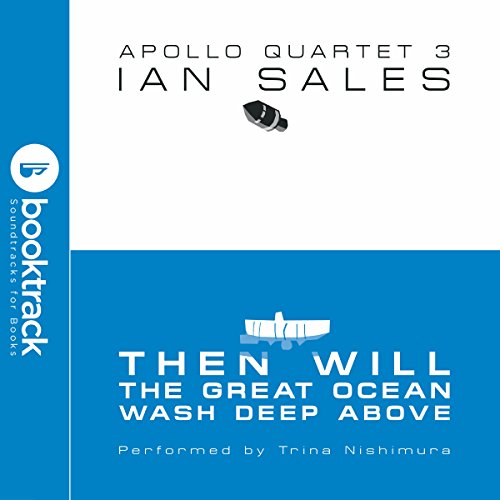 Then Will the Great Ocean Wash Deep Above: Apollo Quartet, Book 3: Booktrack Edition adds an immersive musical soundtrack to your audiobook listening experience!*

It is April 1962. The Korean War has escalated and the US is struggling to keep the Russians and Chinese north of the 38th parallel. All the men are away fighting, but that doesn’t mean the Space Race is lost. NASA decides to look elsewhere for its astronauts: the 13 women pilots who passed the same tests as the original male candidates. These are the Mercury 13: Jerrie Cobb, Janey Hart, Myrtle Cagle, Jerri Sloan, Jan Dietrich, Marion Dietrich, Bernice Steadman, Wally Funk, Sarah Gorelick, Gene Nora Stumbough, Jean Hixson, Rhea Hurrle and Irene Leverton. One of these women will be the first American in space. Another will be the first American to spacewalk. Perhaps one will even be the first human being to walk on the moon.

Beneath the surface of the Atlantic Ocean, deep in the Puerto Rico Trench north of San Juan, lies a film bucket from a KH-4 Corona spy satellite. It should have been caught in mid-air by a C-130 from the 6549th Test Group. That didn’t happen. So the US Navy bathyscaphe Trieste II must descend 20,000 feet to retrieve the bucket, down where light has never reached and the pressure is four tons per square inch. But there is more in the depths than anyone had expected, much more.

This is not our world. But it very nearly was.