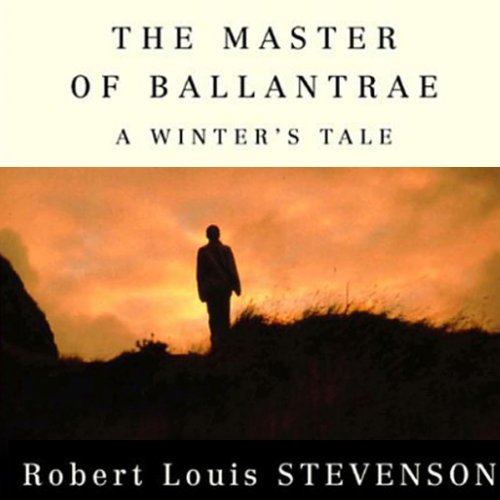 Stevenson's brooding historical romance demonstrates his most abiding theme, the elemental struggle between good and evil, as it unfolds against a hauntingly beautiful Scottish landscape, amid the fierce loyalties and violent enmities that characterized Scottish history.

When two brothers attempt to split their loyalties between the warring factions of the 1745 Jacobite rising, one family finds itself tragically divided. Stevenson's remarkably vivid characterizations create an acutely moving, psychologically complex work wherein the brothers' characters, not the historical facts, shape the drama.

The Master of Ballantrae opens in the old Scottish house of Durrisdeer, ancestral home of the Duries, a family divided by the Jacobite rising of 1745. Its adventure draws in seas voyages, piracy, buried treasure, magic and nightmare, and centers on the fatal rivalry between two brothers, James and Henry, and the wealthy and beautiful kinswoman who loves one brother but marries the other.

Public Domain (P)2009 Blackstone Audio, Inc.
"If a strong story, strongly told, full of human interest, and absolutely original in its situations, makes a masterpiece, then this may lay claim to the title." (Arthur Conan Doyle)

RL Stevenson does it again with the master of Ballantrae! while the plot is a shade Tangled and a bit hard to follow here and there, it's a first-rate adventure story and what a socko ending. enjoy! oh I forgot: also a great history lesson.

A well read, easy to follow story, in the tradition of Robert Louis Stevenson

Read the book until there's a better narration.

The choice of an actor with a plummy English, or at least RP, accent to read a book set in Scotland with a Scots narrator and characters surprised me a little but I was happy to give him a chance, particularly as the dedication and preface, in Standard English and read in his own accent, was well narrated. But oh dear, when we come to passages in Scots or dialogue by characters other than the gentry (who are given the actor's RP accent, which though probably historically inaccurate for the period, is fine as the style of narration is good) it is a different matter.

There are two rhymes in Scots near the start of the first chapter. The first one is read pretty well but the second is given such bizarre pronunciations and stylings as to render it incomprehensible, even though all words are cognates with or in some cases identical to their English equivalent.The line "Ane to tie and ane to ride" (One to tie and one to ride) is rendered something like "Zan-Teetee andainty zhryde", giving the impression that the actor didn't understand the meaning of what he was reading, let alone know how to pronounce it. I downloaded and checked an e-book version of the book to find out what was being said.

When dialogue of the non gentry characters is being read they are given a guttural ranting tone (so you can tell they are Scottish) but with pronunciations that seem to be more a caricature of Yorkshire, Durham or Geordie accents; otherwise just fancifully bizarre to make it sound different. It's very offputting and, again, does not exactly aid comprehensibility. Scottish surnames and placenames are also routinely mispronounced.

Don't rule this actor out for other audio book narrations as when he's sticking to familiar ground he's actually pretty good. It's such a shame that there are significant sections which let the production down. Perhaps the budget was too low to allow the research to find out how to pronounce unfamiliar words but possibly they should have hired someone who knew in the first place.

Only 43 minutes into the book I think I'm probably going to have to face it that the narration is putting me off and that, having had to download an e-book for the incomprehensible passages anyway, I'd be better to read it. My memory of having been read this as a child is that the story itself is very good. Get the book instead.