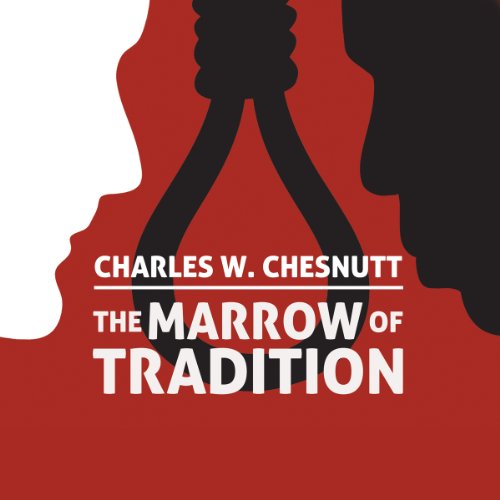 Major Carteret is the white owner of the biggest newspaper in Wellington, a racially segregated city in the post-Civil War South. Carteret, along with other powerful white men in Wellington, are outraged that an editorial published the town's black newspaper has questioned the justification for lynchings.

As racial tension mounts, Carteret struggles on the domestic front. His wife and child are unwell and his niece, Clara, is courted by Tom Delamer, a lush aristocrat. Meanwhile, William Miller, a young black doctor, returns to hometown of Wellington to set up a practice. Everything comes to a head, however, when a white woman is murdered.

A relic of a bygone age

Best--the dialect was accurate based on a character's social position. Least--We never really find out what happens to one of the main characters (Tom).

For the time it was written, the book is appropriate. Although, it was not all that well-received in 1898. Too much romanticism.

When Tom gets his comeuppance over the card game, but his greater crime going unpunished is annoying. Chesnutt does make an important point by allowing Tom to remain more or less unscathed.

Could you see The Marrow of Tradition being made into a movie or a TV series? Who should the stars be?

Never. This book has disharmony between the races at its core. While that is still an issue America struggles with, the book's main themes differ from the problems today. I think that the event the book is partly based on (the 1890s Wilmington Riot) would make a good documentary, though.