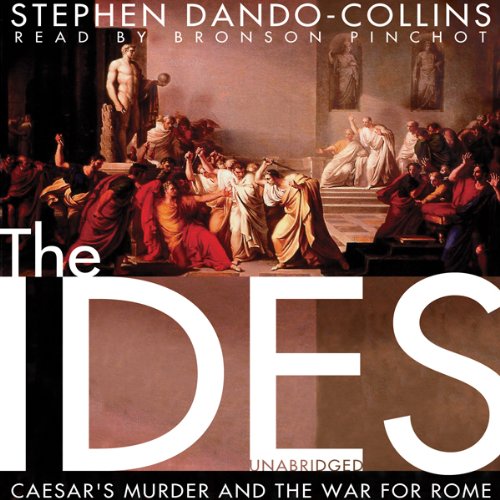 The assassination of Julius Caesar is one of the most notorious murders in history. Even now, many questions remain about his death: Was Brutus the hero and Caesar the villain? Was Mark Antony aware of the plot? Using historical evidence to sort out these and other puzzling issues, historian and award-winning author Stephen Dando-Collins recaptures the drama of Caesar's demise and the chaotic aftermath as the vicious struggle unfolded for power between Antony and Octavian.

For the first time, he shows how the religious festivals and customs of the day impacted how the assassination plot unfolded and how the murder was almost avoided at the last moment. A compelling history packed with intrigue and written with the pacing of a first-rate mystery, The Ides will challenge what we think we know about Julius Caesar and the Roman Empire.

Like any book by Stephen Dando-Collins, definitely one to recommend. Excellent narration of a book filled with that combination of detail and broad insight that I look for a work of historial non-fiction. Really brought that turbulent period to life. Very satisfying.