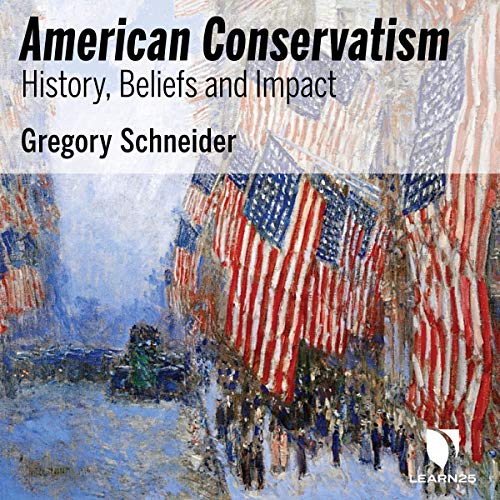 This expertly-taught course invites you on a journey through 100 years of American conservative history.

The history and development of American conservatism is as fascinating as it is complex. While conservative commentators, politicians, and pundits abound, few truly understand how the conservative movement came to be the institution it is today. Now, you can learn about this vital history in 12 thought-provoking lectures.

Conservatism is not a rigid ideology; rather, as you will learn, its protean character has allowed it to adapt and survive as a major force in the history of ideas and in politics. In recent decades, conservatism has become a political force in the nation, but it took many years of building and organizing to construct the necessary institutions to do so.

You will start with the beginnings of the conservative movement and its reaction to the New Deal. You will then explore the greatest figures of conservatism, from William F. Buckley and his publication of National Review, to the Barry Goldwater campaign of 1964, up through the rise of Reagan and his ensuing political influence. You will then consider the future of the conservative movement.

Born from intellectual activity rather than political power, conservatives constructed a movement based around the propositions of free market economics, the preservation of tradition, and combat with communism. This is an essential course for all those seeking to gain a fuller understanding of conservatism and American political history.