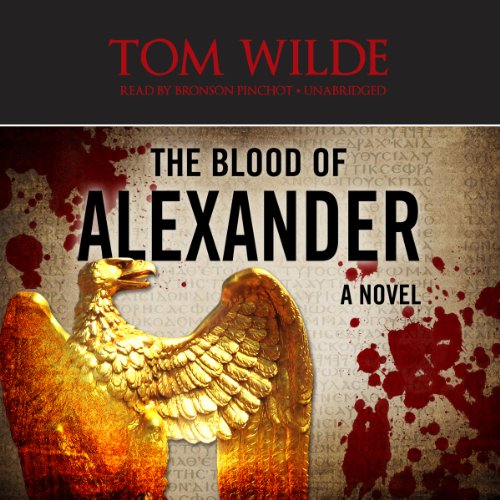 The Blood of Alexander

A modern Indiana Jones steals a relic of Alexander the Great in this thrilling debut novel.

Jonathan Blake makes a living stealing antiquities – stealing them back, that is. A field agent for the Argo Foundation, a company that makes it their business to preserve humanity's history by liberating stolen artifacts from thieves and looters, Blake is used to dangerous assignments. But when he is forced by the US government into a deadly mission involving a missing Napoleonic standard, he finds himself in over his head.

Blake is pitted against Vanya, the head of a fanatical cult, who seeks a gilded bronze eagle that holds a vital clue to the lost tomb of Alexander the Great.

From ancient ruins in Afghanistan to the catacombs of Paris to a chateau high in the French Alps, Blake must unravel the secret truth of the final fate of Napoleon Bonaparte, the murder of Percy Bysshe Shelley, and the hidden remains of Alexander. And he must do it before Vanya's apocalyptic plans for humanity come to their deadly fruition.

DO NOT PURCHASE UNTIL DUBBING IS REDONE

BUY THE HARD COPY BOOK.
I loved the story. It is exciting and thrilling, and keeps you interested to the final page. Mr. Pinchot does a good job of the different characters and the reading.

BUT the dubbing, re-recording is so bad the whole thing almost gets humorous. Instead of re-recording sentences or paragraphs, they dubbed individual words or a word or two. The dub is in a different tone, a different volume level, a different character voice, a foreign language, etc. The dubs JUMP out each and every time. I have NEVER heard such obvious dubs. I usually don't care about dubs, re-records, but this is hideous and distracting. I found myself looking for and counting the dubs. It totally took away from the story and the enjoyment.
I continued to listen, hoping it would get better, but it didn't.

No one should purchase this recording until it is recorded properly.

not worth the credit

Has The Blood of Alexander turned you off from other books in this genre?

no, I will not hold the entire genre accountable for this work

If you could play editor, what scene or scenes would you have cut from The Blood of Alexander?

The book often seems rather thrown together, and the author needs to learn how to do some research before writing.

There are so many loose ends and implausible events, it reads like an unedited version of a possibly interesting story.

Would you recommend The Blood of Alexander to your friends? Why or why not?

No, the story is not just implausible but the main character is more like a cartoon version of James Bond or Jason Bourne. The dialogue is simplistic, not deciding if it is a comedy or a serious story.

Would you be willing to try another one of Bronson Pinchot’s performances?

Not likely, I did not care for his version of female voices.