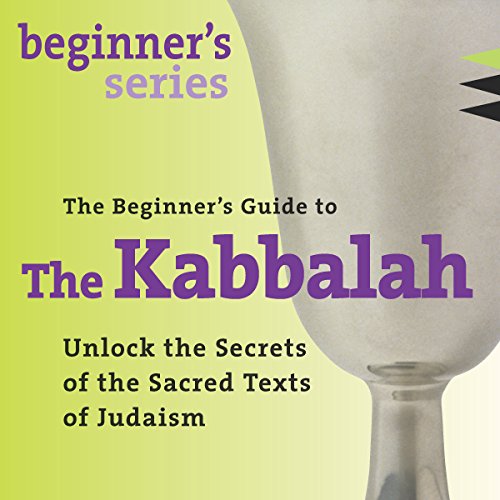 The Beginner’s Guide to Kabbalah

Guarded for centuries, its secrets once passed by word of mouth only, the Kabbalah remains one of our oldest mystical paths for union with the divine. What is the Kabbalah, and why are its teachings so treasured by those who know them? On The Beginner's Guide to the Kabbalah, you will join Rabbi David Cooper for an uplifting introduction to this living cornerstone of Judaism's esoteric tradition. Join him as he lifts the veil on the Kabbalah's core teachings and practices, and their potential to uncode the secrets of the universe. From the four worlds of reality, to the fascinating archetypes symbolized by the Tree of Life, to meditations for merging with the divine, here is an outstanding guide to the Kabbalah and its many wonders. Highlights:

By the end I was totally in sync with GOD! The GODDING of Stephanie. Yes!

Wonderful Book! Give it a listen!

The reader kept my interest and this is a very difficult subject to fully pay attention to. I have read many books on the Kabbalah, some confusing and some clear, but this one “feels” different. It’s almost as if I’ve found a key of some sort.

Give it a listen. You won’t be disappointed.

you will love to discover the truth about who you really are. awareness, wisdom and now.

Did The Beginner’s Guide to Kabbalah inspire you to do anything?