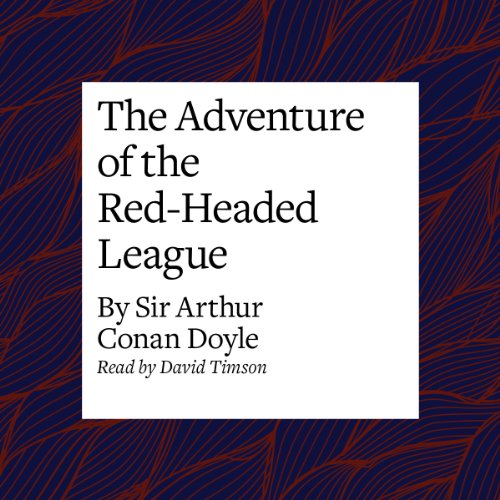 The Adventure of the Red-Headed League

This is a story from the The Adventures of Sherlock Holmes I collection.

In this collection are four of the finest cases of Mr. Sherlock Holmes, narrated by his faithful friend and admirer Dr. Watson. What was the horror of the speckled band or the secret behind the curious legacy for men of red hair? These and other puzzles are solved by this bloodhound of a genius.

In "The Adventure of the Red-Headed League", Arthur Conan Doyle’s second-favorite of the 56 Sherlock Holmes stories he published in his lifetime, the intrepid detective and his companion Dr. John Watson take the case of one Jabez Wilson, whose response to a wanted ad seeking redheaded applicants results in a series of inexplicable events that only Holmes himself can untangle to everybody’s satisfaction.

David Timson narrates this lively story, bringing a great deal of zest and dramatic flair to his bright, well-paced performance. Timson’s rich, rolling tones are characterized by a vocal flexibility which allows him to wholly inhabit each character, bringing the unique verbal tics and traits of Holmes, Watson, and their contemporaries to life in this rousing adventure.