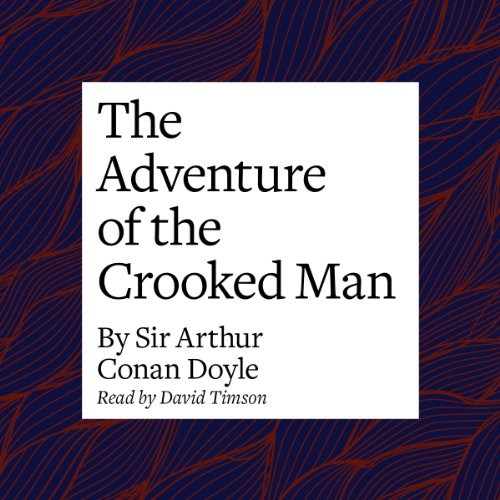 The Adventure of the Crooked Man

This is a story from The Adventures of Sherlock Holmes IV collection.

Four more stories from the master detective. The mystery of the missing suitor is solved and Sherlock Holmes raises his whip: an Indian pot stands in the shadows of a Colonel's death; serious affairs of state and international diplomacy are threatened by a theft; and surely evil intent lies behind threats in a hidden house. The cool observations and swift action of Mr. Sherlock Holmes resolves all.

Colonel James Barclay is dead and his wife the prime suspect, although no motive is apparent. BBC radio drama stalwart, West End, film, and television veteran, as well as an award-winning audiobook director, David Timson is captivating as he imaginatively gives voice to iconic detective Sherlock Holmes, the ever-astounded Dr. Watson, and the other characters caught up in the mystery unraveled in this selection of the Adventures of Sherlock Holmes, Vol IV collection, an original audiobook featuring works of the Scottish literary master Sir Arthur Conan Doyle and his world-famous literary creation.