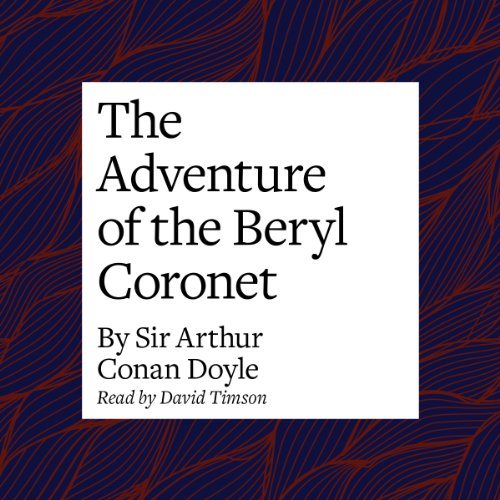 The Adventure of the Beryl Coronet

This is a story from The Adventures of Sherlock Holmes V collection.

Dr Watson comments: 'The stage lost a fine actor' when Holmes chose to devote his formidable talents to the solution of crime. Two of these stories, "The Reigate Squire" and "The Adventure of Beryl Coronet", Sherlock Holmes demonstrates his thespian powers as he unravels the mysteries. In the first he explains a rural murder while in the second, Holmes' timely intervention prevents something of a national, even royal, scandal.