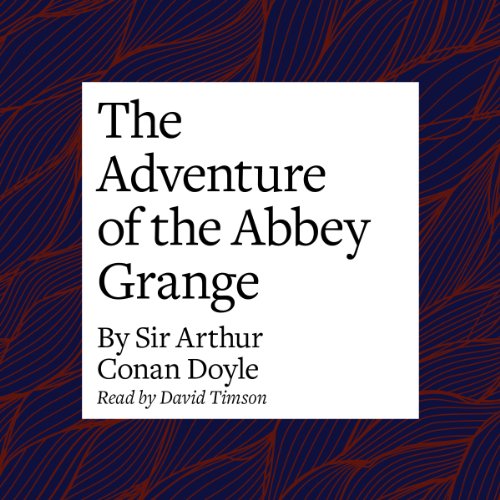 The Adventure of the Abbey Grange

This is a story from The Return of Sherlock Holmes III collection.

Once again Arthur Conan Doyle presents a series of cases which baffle the police, but are no match for Sherlock Holmes and his trusty companion Dr. Watson.

In "Black Peter", the peace of rural Sussex is disturbed by the discovery of a seafarer's body pinned to the wall of his hut with a harpoon. In the "Golden Pince-Nez", a young man is found dead clutching a pair of spectacles, yet he had perfect sight. Who is the short-sighted murderer?

In the "Missing Three-Quarter", Holmes takes on a novel case when a Rugby player goes missing the day before a major University match. A woman tied to a chair; her husband clubbed to death with a poker; a case of robbery with violence? But all is not what it seems in the case of the "Abbey Grange".

The series ends with the "Second Stain" where a top secret document that could lead Britain into war goes missing. Holmes is put to the test to save his country as well as his reputation.