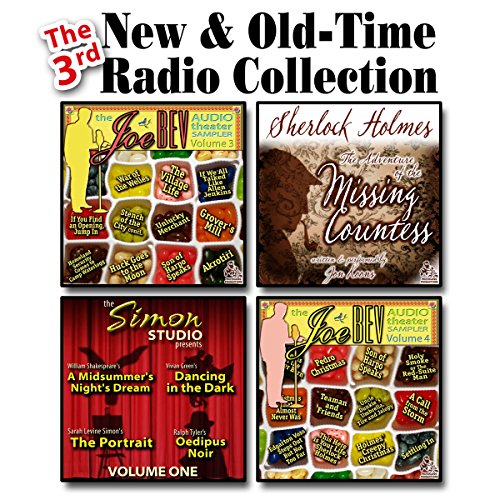 Scotland Yard is puzzled. A young countess has gone missing, and Sherlock Holmes, the world's greatest detective, is summoned. Accompanied by the redoubtable Watson, Holmes must juggle the clues. What does he see? Why does he instruct Watson to bring his wife to the circus three days later? And why does Watson keep sneezing? An original Holmes adventure, it is one of Holmes' more whimsical cases.

This collection offers more audio drama, comedy, biography, and documentary from veteran award-winning radio dramatist Joe Bevilacqua. Together with his wife, Lorie Kellogg, Bevilacqua has amassed thousands of hours of audio entertainment through his Waterlogg Productions and Blackstone Audio. Each half hour is beautifully produced with an original cast of professional actors, sound effects, and music.

What would have made The 3rd New and Old Time Radio Collection better?

What a rip off i thought I was paying for a audio book but it was a collection of I dont know what.....advertising mostly for his website