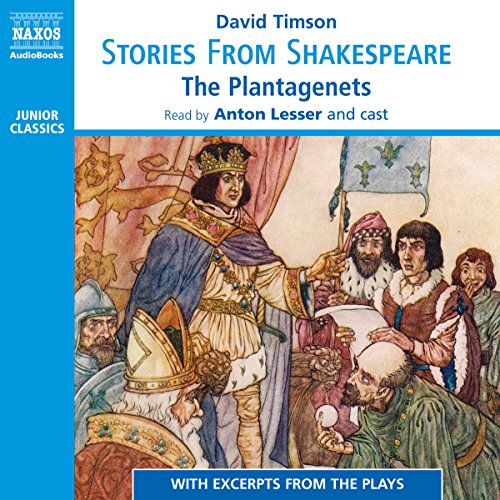 Stories from Shakespeare - The Plantagenets

Naxos AudioBooks presents the history of the Plantaganets as seen through the eyes of Shakespeare. These easy-to-understand introductions feature key speeches and scenes from the plays themselves, and are very accessible for children approaching Shakespeare for the first time, as well as being an invaluable aid to the history of the Plantaganets, from Richard II to Richard III. This set covers Richard II, Henry IV parts 1 and 2, Henry V, Henry VI parts 1, 2, and 3, and Richard III. It is read by an outstanding cast of English classical actors, and introduced by Anton Lesser.