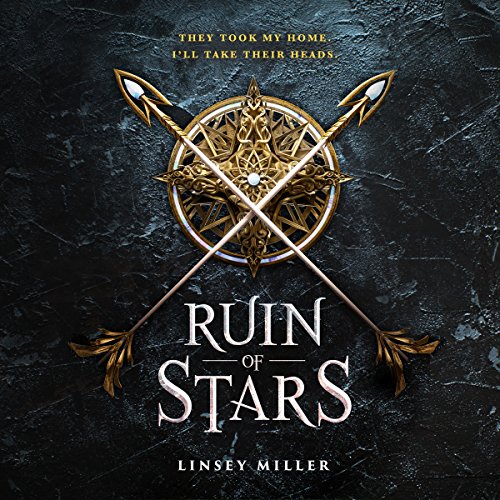 As Opal, Sal finally has the power, prestige, and, most importantly, the ability to hunt the lords who killed their family. But Sal has to figure out who the culprits are before putting them down - which means trying to ignore the fact that Elise is being kept a virtual prisoner and that the queen may have ulterior motives.

And the tales coming out of north are baffling. Talk of dark spirits, missing children, and magic abound. As Sal heads north toward their ruined homeland and the lords who destroyed everything, they learn secrets and truths that can't be ignored.

Gripping all the way through.

When I read Mask of Shadows I was hooked from the first. I was halfway through and realized, there was a second book, so as soon as I finished the first book I went ahead and grabbed the second one. I was not disappointed. The story picked up and I was pulled along for the ride and I loved every minute of it. Derin Edwards did a phenomenal job at bringing the characters and the book to life in way that I never could hae imagined. Great read, and I hae recommended this to all my friends who like a good fantasy with a twist of the romantic and adventurous thrown in for good measure. You won't regret this listen or this read. Enjoy!!

Loved the story, was just as good as the first one. helped time fly by while working

it's so wonderful to find a YA fantasy novel that doesn't fall into too many big cliches. Ruin of Stars was a wonderful sequel to Mask of Shadows. There were so many moments where I couldn't put it down.

I dont know if I was somehow chosen to view this title early, but if I was I am severely confused by the experience. Listening to this book was like climbing into the head of a schizophrenic. our main character moves quickly between different emotional bouts and is described to do things that are expected to be impactful and long only to turn around and do something totally different a moment later. this ends up making the story wholly disjointed and jarring.