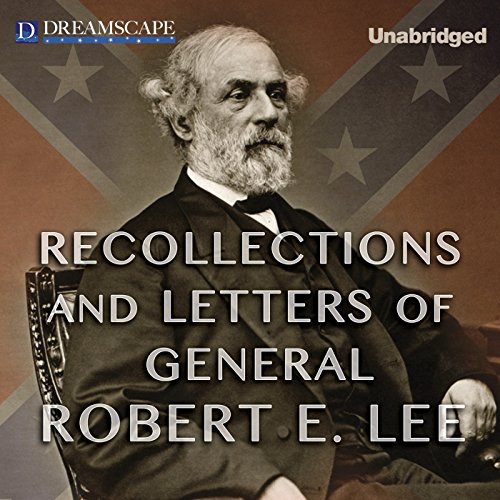 Robert E. Lee is one of the most famous and decorated American generals in history. The son of Revolutionary War hero Henry "Light Horse Harry" Lee III, General Lee was a native of Virginia and a top graduate at West Point. So distinguished was Lee that President Abraham Lincoln offered him command of the entire Union army before the onset of the Civil War. Lee famously declined the offer and instead served his home state of Virginia after it seceded. His closeness with his soldiers as well as his leadership came to personify the South.

Here, in a collection of personal correspondence compiled by his son, Captain Robert E. Lee, the man behind the uniform, is revealed.

Not a greater man has lived in our time.

I knew almost nothing of General Lee prior to this well put together compilation. Well narrated and very thought and emotion evoking. Not another person through character alone could have persuaded the South to lay down arms peacefully after years of suffering and bloody conflict which had hardened the southern soul in its cause against a ruthless oppressor.

About as close as you'll get to knowing Lee

In my humble opinion there is no better source of information on the personal life of a person than his correspondence and the recollections of his family. R.E. Lee's son paints a portrait of a gentle man who loved his children dearly. Was a mentor to his sons and held family and honor above even his own feelings.

His treatment of his pets surprised me. I think the way in which he loved and treated them as people almost modernized him for me.

On slave issues and even his feelings about freedman, he was a product of his times and environment. Yet even in this he seems softer than many, if not most, of his contemporaries. If you, like some of my southern acquaintances, are looking for a progressive southerner, you'll find it only by relative comparisons. He freed his slaves during the war to honor a Will. Later he eschewed employing freed blacks on his son's farm.

And yet you still come away respecting this great general who not only fought well in war, but fought well to encourage peace when it was over.

This was a wonderful book. hearing the letters written by General Lee's own hand, gives the reader great insight to the heart of who he truly was.
I absolutely enjoyed this book.