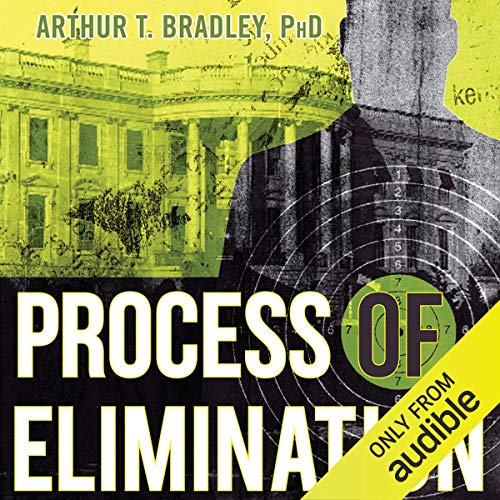 A heart-pounding martial-arts noir and political thriller that will keep you on the edge of your seat.

A powerful international organization wants to tip the balance of global power by infiltrating the White House. At the direction of its mastermind, alias Pecos Bill, presidential candidates have become unwitting targets of a world-class sharpshooter.

A martial arts expert, a greedy corporate attorney, and a self-proclaimed conspiracy theorist form a shaky alliance initially intent on solving a missing persons case, only to get caught up in a bigger political plot in which they must uncover the assassin’s identity before he can claim his next victim. Together, they race across the country, desperately trying to piece together an intricate puzzle of murder, deception, and betrayal through a mire of passion, behind-the-scenes deals, and false identities. Along the way, they encounter corrupt government agents, Secret Service cover-ups, and a high-speed car chase.

Only as bodies begin to pile up do the protagonists realize that the killer may be in their very midst, and that they must dig into each other’s pasts to stop the deadly chain of events that has them in its crosshairs. In the tradition of Ludlum’s Bourne series and James Patterson thrillers, Bradley’s debut novel will leave you breathless and eager for more with every twist and turn.

Writer Arthur T. Bradley must have been delighted to hear his debut novel narrated by seasoned performer Nick Sullivan, who has recorded over 300 titles and has won five Earphone Awards. Sullivan has performed audiobooks by authors from David Sedaris to Terry Goodkind, and his experience shows in his deliberate command of the narrative in Process of Elimination.

This political thriller capitalizes on the author’s experience working for NASA and in the field of disaster preparedness - on which he’s written extensively. Full of intrigue and action, a listener will not want to pause or pull over while tuning into Bradley’s story of murder, White House infiltration, and - who could forget? - martial arts.

The description of the book makes it sound attractive. It might well be a good book, but I will never find out: the narrator does not know how to read. He has a good voice, if you need
a voice-over for a 1960s gee-whiz documentary on space travel, maybe . . . but for reading a thriller? Not.

Excellent character development, the story weaves action, adventure, intrigue, and passion. The superb performance of this riveting story leaves one hungering for a sequel.

What a fantastic book. Talk about twists and turns! It was well written and well narrated. Really glad I pulled the trigger on this thing. The ending was fantastic.

Nick Sullivan as narrator doesn't acknowledge a single period, so everything from different thought processes to different chapters seem to go by in a flash. Otherwise he does well with a clever story with thinly veiled name changes for real people he clearly disdains. Lots of twists, turns and action. Two brothers, with totally opposite mental and definitely opposite physical reactions to the same stressors, come together to solve a missing person case. First book of what clearly is meant to turn into a series. Eastern spiritualism tied to martial arts, loving the unlovable, murder for political gain and manipulation are on full display. It's an interesting listen but also intensely slanted toward a confusing sort of liberalism...more moderate than progressive, yet he seems to have hit all the possible "talking points." Maybe the problem is that it's so clever it outsmarts itself.

I liked it very much, But thought author could have left out the sex scenes in the description

It’s always important that a story unfolds in a believable realm and not wander into the unbelievable. This story did not disappoint.

Twists and turns till the end

This is my first book ever read (or listened) to by Arthur Bradley and I must say I am hooked! The narrator did a fantastic job and changing his voice when more thrilling parts came up and the whole story kept me hooked! Conspiracy’s, murder, mystery and a little steamy action thrown in every so often made me finish this book in two days. You think you have it figured out, you know who’s guilty and then Arthur takes it in a whole different direction and you have to pick your jaw up. Fantastic story and I can’t wait to hear more!

over dramatic performance . story was very weak and often silly. characters were not believable

The narration was heavy handed, reminiscent of the unseen announcer on Wheel of Fortune, although the narrator showed finesse at times. The text similarly lacked nuance although an interesting plot concept.