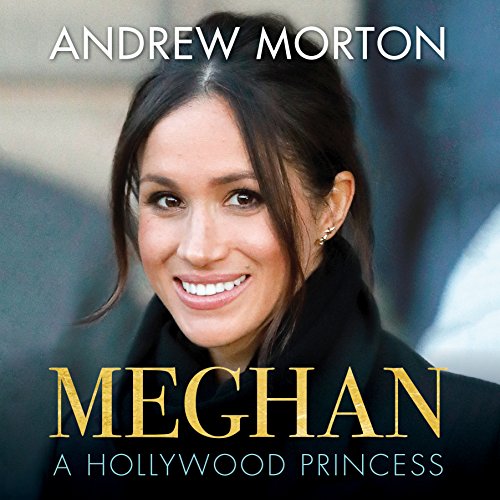 Contains an exclusive Q&A with the author, Andrew Morton.

The first in-depth biography of the American actress and humanitarian campaigner who will marry Prince Harry in May 2018, written by the world's best-known royal biographer.

When Meghan Markle and Prince Harry were set up by a mutual friend on a blind date in June 2016, little could they know that just 16 months later the resulting whirlwind romance would lead to their engagement in November 2017 and marriage in May 2018.

Since then, our fascination with the woman who has smashed the royal mould has rocketed. So different to those coy brides of recent history, Meghan is confident, charismatic and poised, her warm and affectionate engagement interview a stark contrast to the stilted and cold exchange between Prince Charles and Lady Diana Spencer.

In this first-ever biography of the duchess-to-be, acclaimed royal biographer Andrew Morton goes back to Meghan's roots, interviewing those closest to her to uncover the story of her childhood: growing up in The Valley in LA, studying at an all-girls Catholic school and her breakout into acting. We also delve into her previous marriage and divorce in 2013, her struggles in Hollywood, as her mixed heritage was time and again used against her, and her work as a humanitarian ambassador - so redolent of Princess Diana's passions. Finishing with an account of her romance with Prince Harry, Morton reflects on the impact that Meghan has already made on the rigid traditions of the House of Windsor - not even Kate Middleton was invited to Christmas with the Queen before she had married her prince - and what the future might hold.

As this is the first unauthorised biography of Meghan Markle available I thought I'd listen to it. Quite frankly, it seems that Ms M was sent from above to sit amongst us mere mortals. In the book she seems not to have ever put a pedicured foot wrong.

The narration was a bit monotone in places.

Absolute rubbish! An ill researched piece of writing supported by only those who were never close to the Duchess.

Waste of money and time.

this is a pure work of fantasy completed before the wedding in may 2018;. so many inaccuracies,,,,,.it is a poorly researched piece which was obviously designed to be read on the back of the wedding .....save your money...buy lady Colin Campbell book instead

A somewhat one sided portrayal by an obvious fan

This book has turned out to be a bit of a period piece and reflects the mood of optimism at the time regarding Meghan and Harry's future Royal roles. Reviewing it as things were then it still seems to lack objectivity and really just presents the notion of a fairy tale romance over and over, which is fine if you like that kind of sugar coating but investigative, in depth journalism it certainly isn't. Interesting in parts but overal! I wish I hadn't bothered listening to it.

Alot of the book centred on Meghan's family heritage...which was good to know.

I would recommend as it came at you from several different angles.

first half was boring as sin,
even when i thought it picked it it was still dull,
good effort but i just did not enjoy it.

First released just before their wedding in May 2018, before the british tabloids turned against them.

very interesting to learn about Meghan.
she will be ok in those royals don't go much on Harry's grandparents or his father.
but do like the brothers