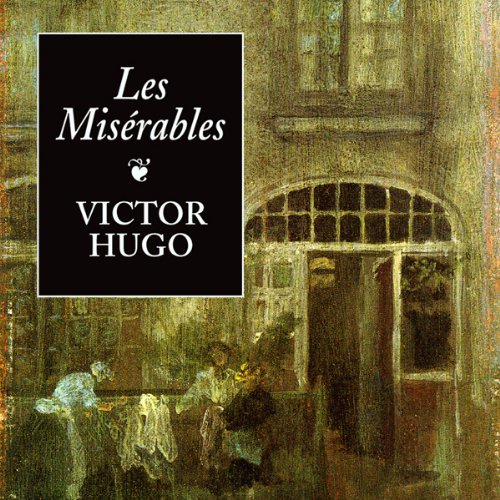 Set in the Parisian underworld and plotted like a detective story, Les Misérables follows the adventures of Jean Valjean, originally an honest peasant, who has been imprisoned for 19 years for stealing a loaf of bread to feed his sister's starving family. A hardened criminal upon his release, he eventually reforms, becoming a successful industrialist and town mayor. Despite this, Valjean is haunted by an impulsive former crime and is pursued relentlessly by the police inspector Javert.

Hugo describes early 19th-century France with a sweeping power that gives his novel epic stature. Among the most famous chapters are an account of the battle of Waterloo and a description of Valjean's flight through the Paris sewers.

Good reader, but no Fantine back story at all.

Fantine's back story, her story ENTIRELY IS LEFT OUT! boooooo otherwise, good reader. his character voices seem a little strange at first, but he gets better.

would be 5 if the abridgment was better

Would be 5 if the abridgment was better. there are a few things that were left out that left you missing key elements of the story.

I loved it the classic story! I was not crazy about the reader until the end.

This book really helps with summer reading, the long time that it takes to sit down and read is taken away by this audiobook. I have watered the garden, worked out at the gym, and ridden in cars all the while embracing each word of Les Miserables. You are not missing out on any of the story, yet are also not being thrown too many details. I at first thought the language in this book would overwhelm me, however as a 15 year old this book was easy to comprehend and the story remained interesting as I saw Marius, Jean Valjean, Cosette and Javert's stories collide in a wonderful way. The expressions and voices used in this reading make characters easy to identify and cause little confusion during parts that would otherwise drive me crazy if they were read in a monotone. The variation of the voices also allows for a great picture of expression and allows the listener to gain a much more human and realistic feel of the situation during and throughout the novel. I thoroughly enjoyed this audiobook and would recommend it for anyone who is reading the 'James Robinson' translation.

Absolutely wonderfully engaging telling of this classic. I had been put off originally from trying to read this because of the length of the original book, but this abridge version tells the story without leaving you feeling cheated. I am very glad I did listen to this - one of the best stories written, and told well by the narrator.

this is my first audio book and i loved it, i now want to listen to the unabidged version.