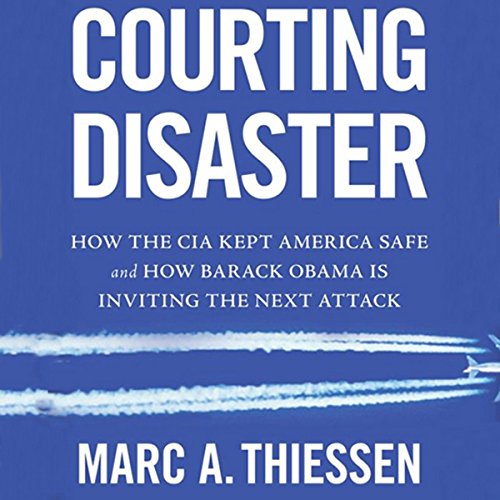 Marc Thiessen knows more than almost anyone outside the CIA about what went on at CIA “black sites” and at the detention center at Guantanamo Bay, Cuba. As chief speechwriter for President Bush, he was given unprecedented access to some of the most sensitive intelligence our government possessed on al Qaeda terrorists. He has since spent countless hours interviewing the men and women involved in the interrogations at every level—from Vice President Dick Cheney to the interrogators themselves. In chilling detail, Thiessen reveals how close the terrorists came to striking again, and how intelligence gained from “enhanced interrogation” repeatedly stymied their plots. He also shows how President Obama’s dismantling of this CIA program, as well as his releasing of secret documents that have aided our enemies, is inviting disaster for America.

“If you want to know what really happened behind the scenes at the CIA interrogation sites or at Guantanamo Bay, you simply must read this book.” (Dick Cheney)
“This book is a must read for anyone who wants to confront [reality] with knowledge and facts rather than rhetoric and headlines.” (General Michael Hayden, former Director of the Central Intelligence Agency)

This is an excellent book depicting how the current government administration has put this country back to the pre-9-11 stupidity.
It shows how the arrogance, lack of knowledge of security operations, and the lack of intelligent operations of the Obama presidency have put the America in a dangerous situation.

An important message for all

I would highly recommend this book as it tackles a very important yet uncomfortable topic for all of us - torture. Or maybe

The reader did a good job, especially emphasizing points as I'm sure the author would have wanted.

America is in trouble

Only 3 people were ever waterboarded

Very informative. America is in trouble obama will be remembered as what president ever.

This was a very well-written and enlightening book about the methods used to keep the United States safe, and also the ridiculous rulings imposed by the Obama ministration to make this task as difficult as possible. If in other attack after 911 did not occur because of something the Obama administration did, it was more out of sheer luck that we have not had a repeat of the 9/11 attack. this book explains to you why I say this.

It's how it really happened

If you can hold a liberal down and perform the reprogramming like you saw in A Clockwork Orange, then you might be able to get the point across to them, otherwise you will have to settle for making them read/listen to this book.