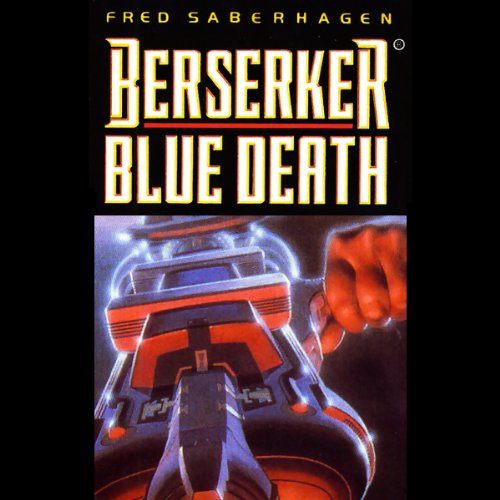 Sci-fi epic of vengeance in the vein of Moby Dick and The Searchers. If you like those stories, and enjoy moviegoing experiences like The Matrix and The Terminator, this is a must-listen for you! The main character Niles Domingo ferrets out Old Blue (or Leviathan). His success in finding this berserker is precluded by his own fanaticism that turns him into an inhuman follower of Leviathan.
©1985 Fred Saberhagen (P)2002 Blackstone Audiobooks

I think this is the 5th book Ive listened to in the Berserker series and am still amazed at Saberhagens creativity which is yet unmatched in any of todays man v machine movies. Ive also been unable to find any other books with futuristic machines that are as powerful and believable

This book has a fantastic battle sequence where you really appreciate the technology of the Berserkers and the human ships. It was great to hear a battle story with weapons that are not the typical lazer or space rocket. Saberhagen has an outstanding understanding of math and physics and this is shown in the way he describes the battle.

Overall the story was amazing and was essentially a Moby Dick tale in the future.

Most annoying about the story is the fact that its so impossibly unreal. The Berserker OLD BLUE kills entire planets in a few days but the main character hunts him with one ship? I dont think so. Too silly.

Put aside the impossibility of hunting down a Berserker with 1 human ship and you will really enjoy this story of 1 mans undying revenge.

Of all the Berserker books Id rate this among my least favorite. BERSERKER MAN was by far the greatest of them all but this book is well worth a listen.