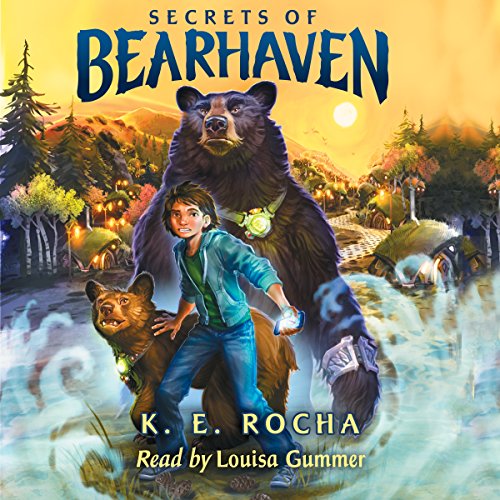 An incredible new adventure story for fans of Narnia and Wolves of the Beyond!

It starts with a chase. When Spencer Plain is pulled out of school in the middle of the day, he never expects to be speeding down the highway with his uncle, trying to outpace the car that's tailing them. And he certainly never thought he'd find himself fleeing from a bear through the woods. And when he hears the bear say, "We've been expecting you," Spencer knows he's just uncovered a whole world he'd never imagined. He's brought to Bearhaven, a secret oasis his parents created for bears. But there are depths to Bearhaven that Spencer and his new bear cub friend, Kate, start to uncover.

Spencer finds out he's been there before, even if he can't remember. He also stumbles into a rescue mission being planned to save a bear in danger. He knows he can help, and he's desperate to find clues to his parents' whereabouts, so he and Kate decide to take matters into their own hands - even if they discover a secret that could threaten Bearhaven's future!

fun to listen with my son. suspenseful and scientific with amazing futuristic technology. ready for book 2.