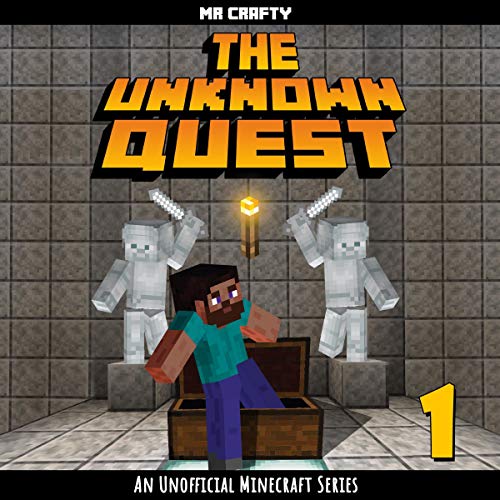 Steve has kept himself quite busy, being the only builder in the world....

It's a fact. No matter how hard he has tried in the past, the villagers never catch on. So resigned to being the only one with his incredible, if he does say so himself, skill, Steve has settled into retirement from being an adventurer and instead turned to building.

After all, he’s defeated the Ender Dragon, explored sunken ships, and even gone on a mad run through the Nether. There can’t be much left to do, can there?

Even if it is a little bit lonely, being the only builder in the world.

Before long, Steve notices strange happenings around the mighty fortress he calls home. Sheep being let from their pen, blocks where they shouldn’t be, chests missing all of their items.

Steve doesn’t remember building that staircase either, but it had to have been him!

The narrator is good but often can't pronounce the V sound. It's "willager", "woice", "wision" that just cut my ear.

I've already read this one with my kids, so I knew what was going to happen, but I picked up the audiobook anways because I listen to books all the time and had a credit. Loved every minute of it! Steve comes alive in the voice of the narrator and the sound effects make the world more vivid. Hope Mr. Crafty puts the next one in this series on audiobook, too! I can't get enough this version of Steve!