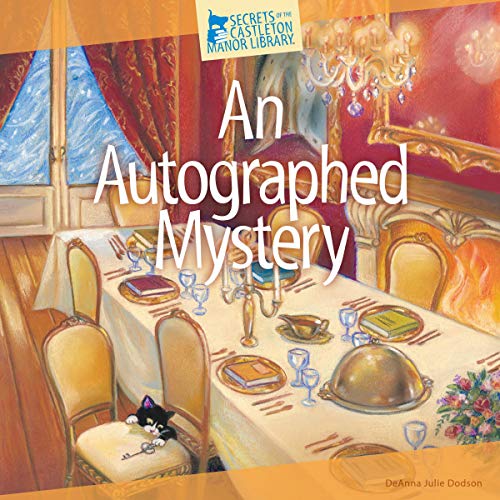 A winter storm is brewing in Lighthouse Bay, Massachusetts. But it's not just wind and snow swirling through the opulent halls of Castleton Manor. Eleven members of the Drelincourt family have booked the literary retreat for a private gathering. It's librarian Faith Newberry's job to convince the family patriarch, Max Drelincourt, and his nieces and nephews to sell their ancestor's complete, autographed collection of valuable Agatha Christie first editions. When Faith realizes that not everyone is on the same page about the sale, a mysterious affair begins.

Trapped like mice when the roads in and out of the grounds become impassable, the Drelincourts squabble amongst themselves and Faith despairs of them ever coming to an agreement. Worse, the first editions, which had been divided up among the family, begin to disappear, until there are none. No one can get in or out, so the precious tomes must be somewhere in the manor. The Drelincourts have a nemesis - but who is it?

Meanwhile, a pair of unlikely gentlemen, stranded in the storm, take shelter at Castleton. They say they slid off the road. Was their accident really an appointment with near-death, or a clever ploy to get inside? And what about the young housekeeper Faith has taken under her wing? She seems interested in keeping her body in the library - but Faith can't help wondering if that's all she wants. Nor can Faith discount the Drelincourts themselves, any of whom might benefit from bringing the curtain down on the others.

Fortunately, Faith has the assistance of all the members of the Candle House Book Club, as well as her cat Watson, whose uncanny abilities may surprise everyone. Together, they'll find out if there's merely mischief on the Drelincourt express, or if something wicked has come to Castleton Manor.

I'm really loving books in this series. can hardly wait to listen to next book!!!!

Spoiler Alert: I rarely comment but want to say I loved there was no gory murder but still good mystery solved!!