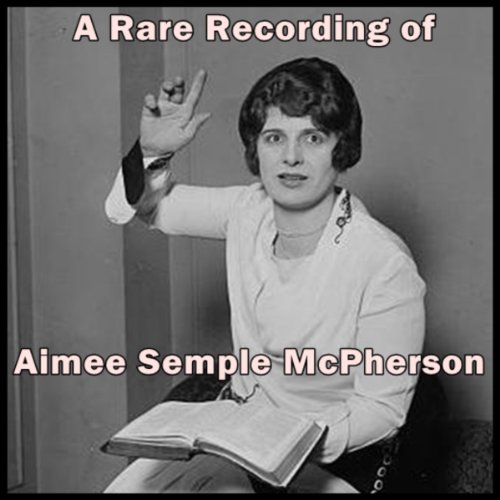 Aimee Semple McPherson (October 9, 1890 - September 27, 1944), also known as Sister Aimee, was a Canadian-American, Los Angeles-based evangelist and media celebrity in the 1920s and 1930s. She founded the Foursquare Church. McPherson has been noted as a pioneer in the use of modern media, especially radio, and was the second woman to be granted a broadcast license. She used radio to draw on the growing appeal of popular entertainment in North America and incorporated other forms into her weekly sermons at Angelus Temple. This is a recording of one of her sermons.

Unity in the body of Christ

Her view of Jesus is great and big,also her emphasis on unity in the body of Christ is lovely now as it was then. How lovely are the feet of those who tell you the story of Jesus. He Lives🌅

My Hero! I finally can hear her live!

What an amazing woman of God! She is an example of how God can use anyone who wants to do His work. Rebel in a great way! Thank you for making this available for me!