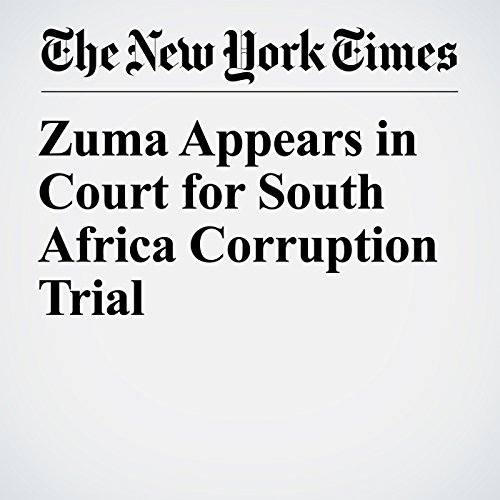 JOHANNESBURG — Just weeks after falling from power, Jacob Zuma, South Africa’s former president, made a brief appearance in court Friday in a corruption case that emphasized the political upheaval that has recently swept the country.

"Zuma Appears in Court for South Africa Corruption Trial" is from the April 06, 2018 World section of The New York Times. It was written by Norimitsu Onishi and narrated by Barbara Benjamin-Creel.