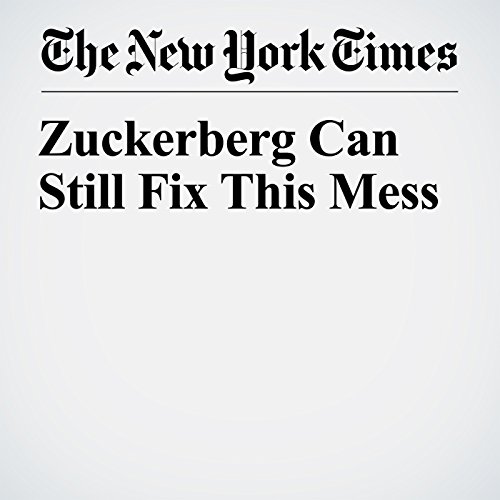 The news about Facebook is not getting better. The company has sharply increased the number of users whose data was improperly shared with an outside company connected to President Donald Trump’s campaign, to possibly 87 million. Amid an outcry, Mark Zuckerberg, the company’s chief executive, is expected to testify before Congress on Tuesday and Wednesday.

"Zuckerberg Can Still Fix This Mess" is from the April 07, 2018 Opinion section of The New York Times. It was written by Jonathan Zittrain and narrated by Kristi Burns.