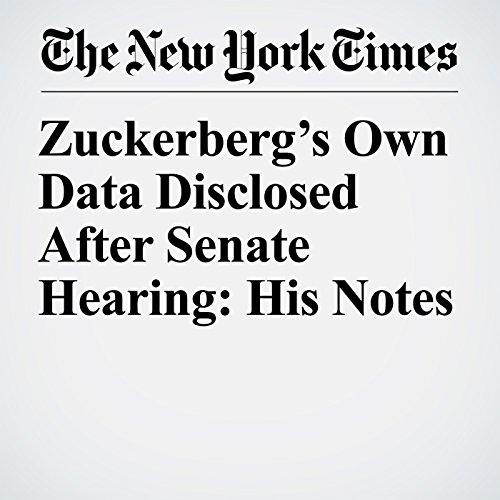 A photographer captured two pages of Mark Zuckerberg’s notes for his appearance at a Senate hearing Tuesday. Once highlighted on Twitter, the image was retweeted thousands of times.

"Zuckerberg’s Own Data Disclosed After Senate Hearing: His Notes" is from the April 11, 2018 U.S. section of The New York Times. It was written by Austin Ramzy and narrated by Kristi Burns.