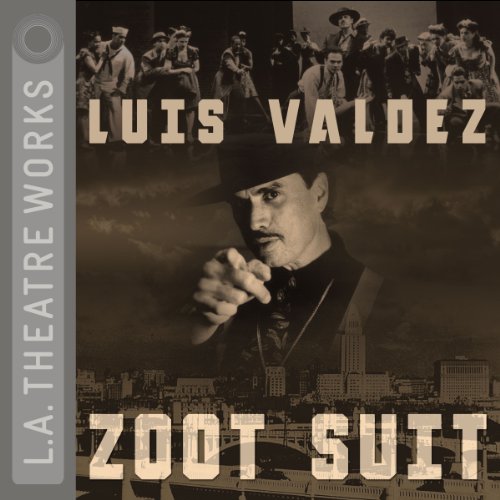 In 1943, Los Angeles exploded in the infamous Zoot Suit riots, provoked by the Sleepy Lagoon murder case that railroaded young Chicano gang members who happened to be in the wrong place at the wrong time. Valdez masterfully synthesizes fact and fiction, using the case to examine Chicano Zoot Suit culture of the '40s, prejudices, the role of the media in the judicial system, and Latino family culture. Passionate and provocative, Zoot Suit pulses with the beat of '40s Big Band Music and traditional Latin songs.

Loved ithe story! it was wonderfully narrated; a flawless recording. I will definitely be listening to it again.

based on a true story!

based on Henry Leyvas and the the sleepy lagoon murder!.
unfortunately the real killer went free.

I had to read this play for a class I have and following along with this audio recording brought it to life.

I love this so much. It's a must get!!! Everything is great! It's as if you can see the play!