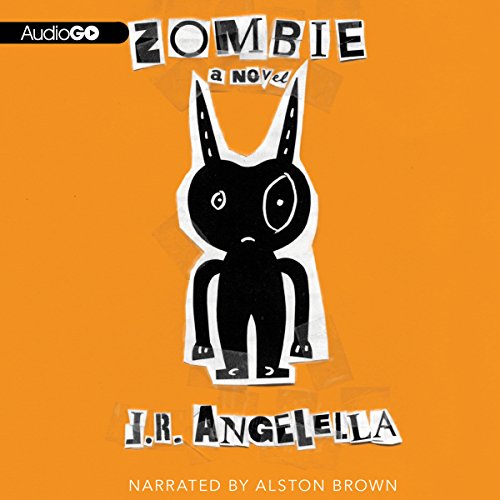 Fourteen-year-old Jeremy Barker is obsessed with zombie movies. He attends an all-boys Catholic High School where roving gangs in plaid make his days a living hell. His mother is an absentee pillhead, his older brother a self-diagnosed sex-addict, and his father an ex-Marine realtor who disappears night after night without explanation. Jeremy navigates it all with a code cobbled together from Night of the Living Dead, 28 Days Later, Planet Terror, Zombieland, and Shaun of the Dead: Avoid Contact, Keep Quiet, Forget the Past, and Lock-and-Load.

The code is put to the test when he discovers in his father’s closet a bizarre homemade video of a man strapped to a bed, being prepped for some sort of surgical procedure. As Jeremy - troubled but ever-optimistic - attempts to trace the origin of the video, this remarkable debut moves from its sharp, precocious beginnings to a climax of almost unthinkable violence, testing him to the core.

ZOMBIE: A Novel...that is not about zombies !

This is a novel for teens about teen high school and growing up problems. I wish I could get my credit back !

Would you ever listen to anything by J. R. Angelella again?