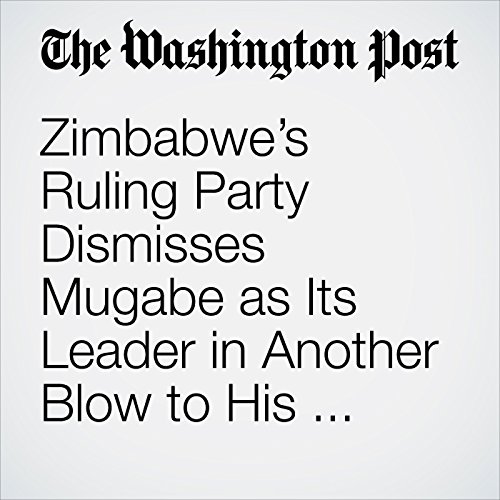 HARARE, Zimbabwe — On Sunday, the party that Robert Mugabe helmed for nearly four decades dismissed him as its leader, another blow to the longtime Zimbabwean president, whom the military detained last week. The party also told Mugabe that he must resign by noon Monday or face impeachment proceedings.

"Zimbabwe’s Ruling Party Dismisses Mugabe as Its Leader in Another Blow to His Presidency" is from the November 19, 2017 Africa section of The Washington Post. It was written by Kevin Sieff and narrated by Sam Scholl.