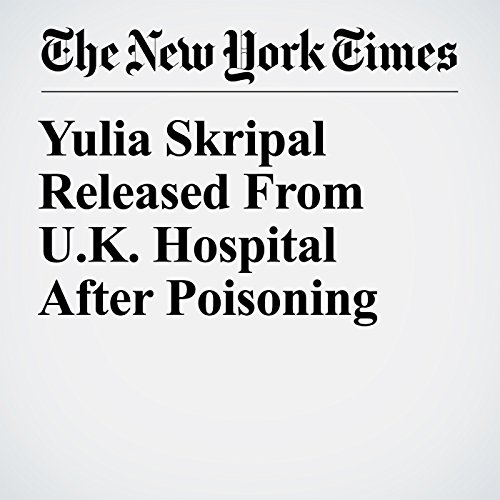 LONDON — Yulia S. Skripal has been released from a hospital in southern England, officials said Tuesday, five weeks after she and her father, a former Russian spy, were poisoned with a nerve agent that left them fighting for their lives and raised tensions between Russia and the West.

"Yulia Skripal Released From U.K. Hospital After Poisoning" is from the April 10, 2018 World section of The New York Times. It was written by Michael Wolgelenter and Richard Pérez Peña and narrated by Keith Sellon-Wright.