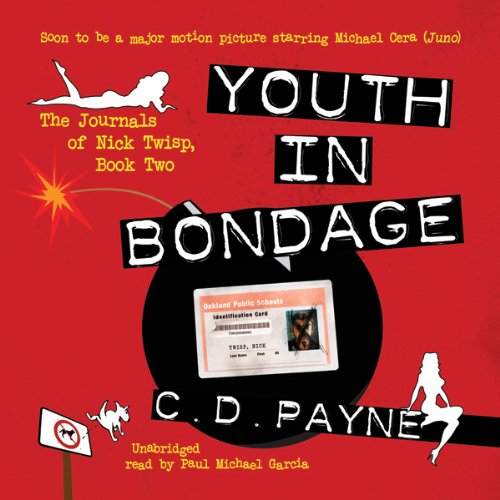 Welcome to the world of Nick Twisp, California's most precocious diarist, whose ongoing struggles to make sense out of high school, deal with his divorced parents, and lose his virginity result in his transformation from an unassuming 14-year-old to a modern youth in open revolt.

In Youth in Revolt, the first volume of Nick's journals, we witnessed his transition from young literary hacker to rebel with a libidinous cause as he attempted to win teen goddess Sheeni Saunders.

In Youth in Bondage, the second volume of Nick's journals, we find him stuck in Sheeni's hometown of Ukiah, living like an indentured servant with his penny-pinching father while his paramour and her boyfriend are away at school in Santa Cruz. But trouble finds Nick again when the F.B.I. picks up his trail and he must rely on the cahones of his tough alter ego, Francois Dillinger.