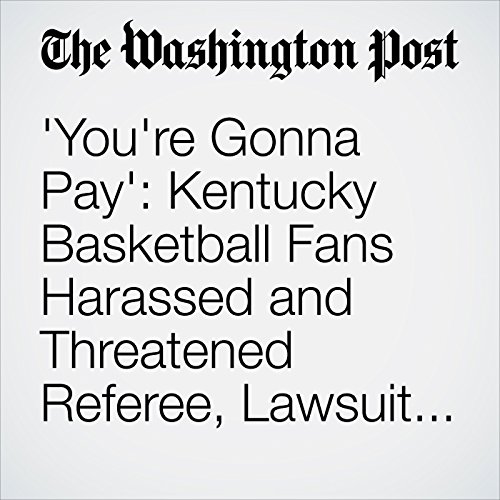 The end of the Elite Eight matchup between the University of North Carolina and the University of Kentucky in March in the NCAA men’s basketball tournament was a heart-stopper — with seconds on the clock, the Tar Heels’ Luke Maye landed a two-point jump shot, giving UNC the win and killing off the Wildcat’s March Madness hopes.

"You're Gonna Pay': Kentucky Basketball Fans Harassed and Threatened Referee, Lawsuit Says" is from the October 04, 2017 Sports section of The Washington Post. It was written by Kyle Swenson and narrated by Sam Scholl.