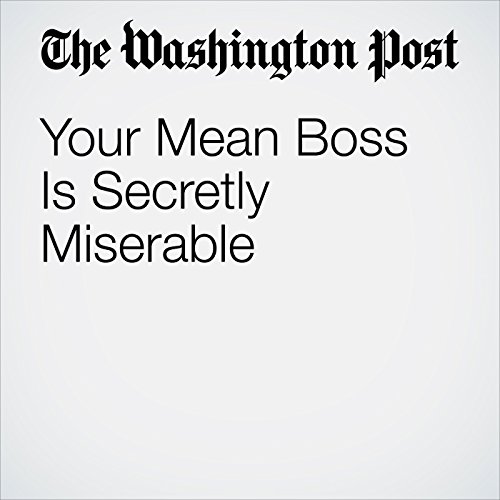 The manager who yells at their employees gets some kind of rush from the show of dominance.But a new study published by the Academy of Management Journal finds that in reality, a boss's explosive behavior or habit of ridiculing subordinates in front of others actually makes them feel pretty awful, too.

"Your Mean Boss Is Secretly Miserable" is from the May 11, 2017 Business section of The Washington Post. It was written by Jena McGregor and narrated by Sam Scholl.