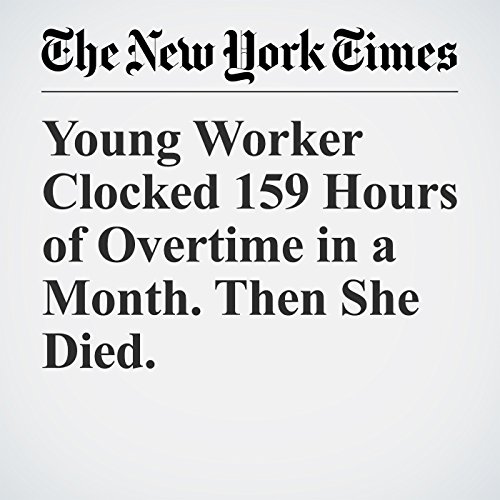 "Young Worker Clocked 159 Hours of Overtime in a Month. Then She Died." is from the October 05, 2017 World section of The New York Times. It was written by Makiko Inoue and Megan Specia and narrated by Barbara Benjamin-Creel.