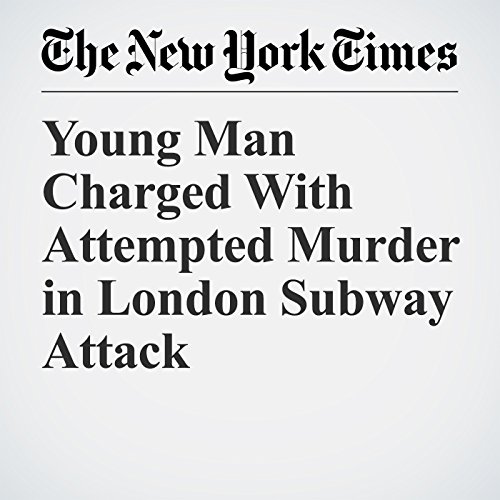 An 18-year-old man was charged with attempted murder Friday related to the bombing last week on the London subway system that prompted a stampede and left more than 30 people wounded, British police said.

"Young Man Charged With Attempted Murder in London Subway Attack" is from the September 22, 2017 World section of The New York Times. It was written by Patrick Kingsley and narrated by Barbara Benjamin-Creel.