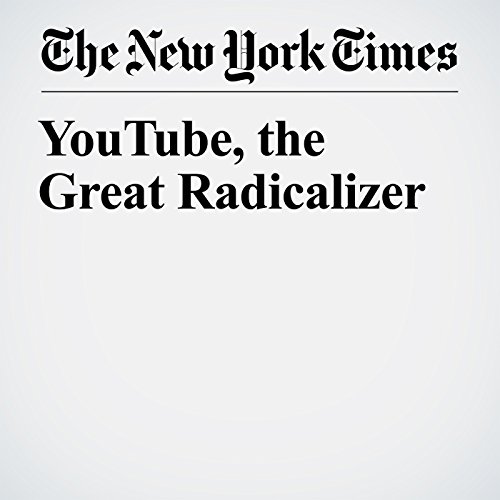 At one point during the 2016 presidential election campaign, I watched a bunch of videos of Donald Trump rallies on YouTube. I was writing an article about his appeal to his voter base and wanted to confirm a few quotations.

"YouTube, the Great Radicalizer" is from the March 10, 2018 Opinion section of The New York Times. It was written by Zeynep Tufekci and narrated by Kristi Burns.