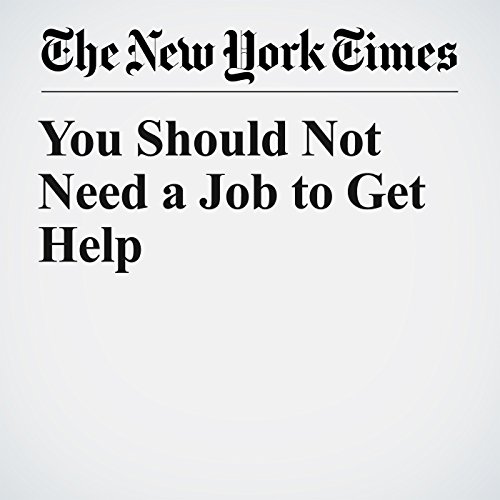 The Trump administration recently announced a historic change in Medicaid policy: It will allow states to require people to work in order to receive coverage. The idea is that more people will be nudged into paid work, helping them “rise out of poverty and attain independence,” as a letter sent to state Medicaid directors this month says.

"You Should Not Need a Job to Get Help" is from the January 24, 2018 Opinion section of The New York Times. It was written by Bryce Covert and narrated by Kristi Burns.