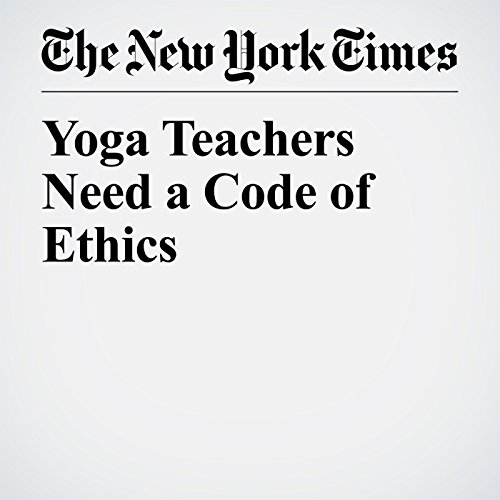 I was relieved when Bikram Choudhury, the 73-year-old founder of Bikram yoga, was finally served a warrant for his arrest late last month, after failing to pay nearly $7 million in legal fees he owes for a sexual harassment lawsuit. Many in the yoga world had been waiting for that moment, after years of rape and assault claims against Choudhury, the millionaire creator of a 26-posture “hot yoga” sequence and studio system. But the news brought only a grim satisfaction; many of us wish he’d been arrested for the assault claims themselves.

"Yoga Teachers Need a Code of Ethics" is from the June 06, 2017 Opinion section of The New York Times. It was written by Sarah Herrington and narrated by Kristi Burns.