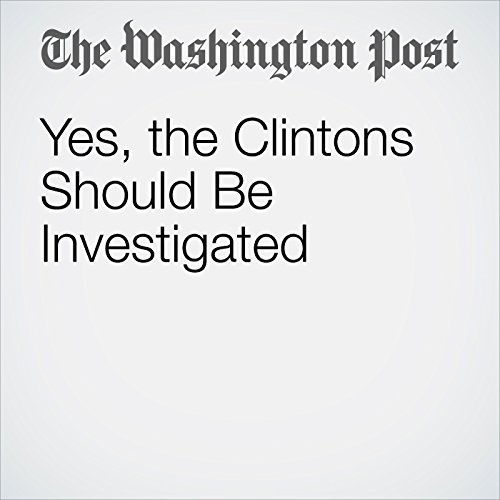 President Trump’s critics are arguing that GOP calls for the Justice Department to investigate Hillary Clinton and Democrats’ ties to Russia are an effort to distract from the real Russia investigation, into potential Trump-Russia collusion.No, they are not.

"Yes, the Clintons Should Be Investigated" is from the November 19, 2017 Opinions section of The Washington Post. It was written by Marc A. Thiessen and narrated by Sam Scholl.