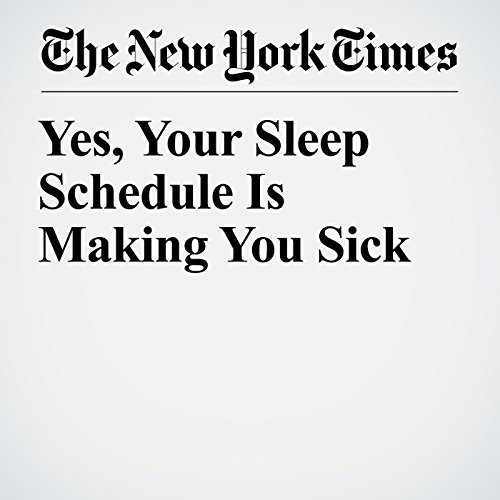 There’s a psychiatric hospital not far from Heathrow Airport that is known for treating bipolar and schizophrenic travelers, some of whom are occasionally found wandering aimlessly through the terminals. A study from the 1980s of 186 of those patients found that those who’d traveled from the west had a higher incidence of mania, while those who’d traveled from the east had a higher incidence of depression.

"Yes, Your Sleep Schedule Is Making You Sick" is from the March 10, 2017 Health section of The New York Times. It was written by Richard A. Friedman and narrated by Keith Sellon-Wright.