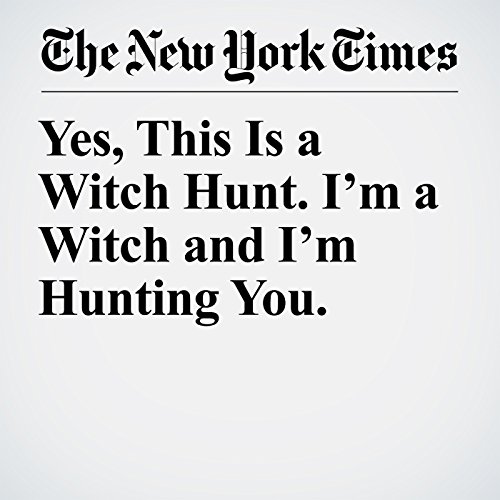 It is unclear what possessed Woody Allen, of all people, to comment on the accusations of sexual predation against Harvey Weinstein, when he could have just not said anything, not expressed sympathy for an alleged serial rapist, not accused long-silenced women who said they were sexually assaulted of contributing to “a witch hunt atmosphere” and not felt compelled to issue a pouty follow-up statement in which he didn’t apologize but, in fact, reiterated how “sad” he feels for Weinstein because Weinstein is “sick.”

"Yes, This Is a Witch Hunt. I’m a Witch and I’m Hunting You." is from the October 17, 2017 Opinion section of The New York Times. It was written by Lindy West and narrated by Kristi Burns.

Cosa pensano gli ascoltatori di Yes, This Is a Witch Hunt. I’m a Witch and I’m Hunting You.