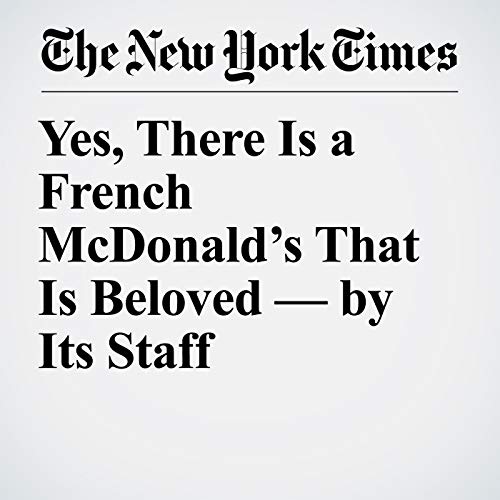 MARSEILLE, France — The nearly 20-year-old images have entered French folklore: peasants, farmers and ex-hippies dismantling a rural McDonald’s, panel by panel, in what became a symbol of France’s resistance to American fast food.

"Yes, There Is a French McDonald’s That Is Beloved — by Its Staff" is from the September 05, 2018 World section of The New York Times. It was written by Adam Nossiter and narrated by Keith Sellon-Wright.

Cosa pensano gli ascoltatori di Yes, There Is a French McDonald’s That Is Beloved — by Its Staff