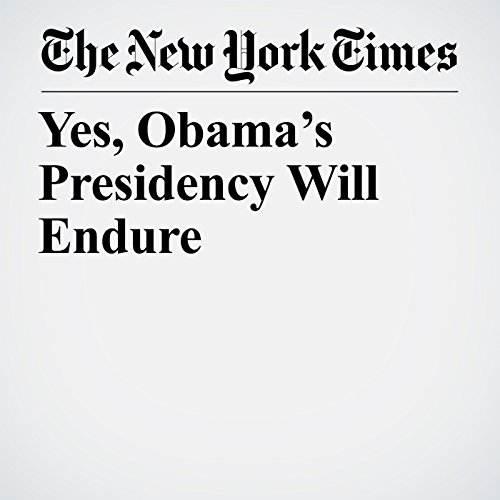 While Trump will obviously be able to reverse some policies, he will also face obstacles. First, some of Obama’s changes are popular, even if passing them was hard. Look at Obamacare. Republicans promise to repeal it, but have accepted Obama’s terms of the debate: They claim that they won’t take health insurance away. The baseline has been reset.

"Yes, Obama’s Presidency Will Endure" is from the January 16, 2017 Opinion section of The New York Times. It was written by David Leonhardt and narrated by Caroline Miller.