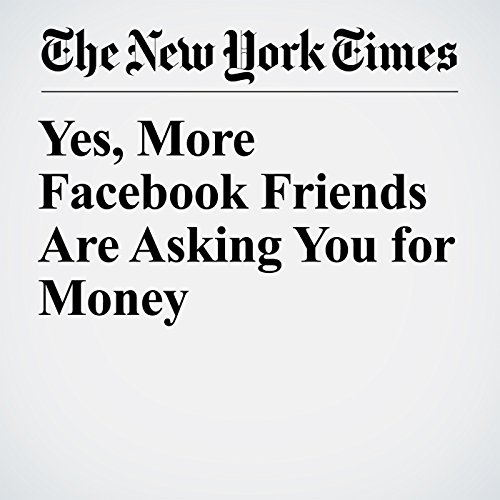 Perhaps your college friend asked you to support her quarterly magazine for her birthday. Or maybe your neighbor nudged you to donate to his favorite food bank on “Giving Tuesday” the week after Thanksgiving. And then there’s that pesky public-health nonprofit you’ve been charitable to in the past. If you’ve gotten on Facebook at all this year, you’ve probably been asked to give money. And if you’re like many users, your newsfeed became particularly overrun by fundraisers during the last month or so.

"Yes, More Facebook Friends Are Asking You for Money" is from the December 26, 2017 Business section of The New York Times. It was written by Matt Stevens and narrated by Kristi Burns.